Type 6P  Enclosures are constructed for either indoor or outdoor use to provide a degree of protection to personnel against access to hazardous parts.

And to give a degree of protection to the equipment inside the enclosure against ingress of solid foreign objects (falling dirt). Also, protect the ingress of water (hose-directed water and/or during prolonged submersion at a limited depth). Lastly, a NEMA 6P rating provides additional protection against corrosion, which will be undamaged by the external ice formation on the enclosure.

In short, a NEMA 6P rating must keep not only people, dirt, dust, and debris from entering the enclosure but keep the internal components dry from water even if the 6P  Enclosure is underwater for a prolonged period (24 hours).

Although UL has an official NEMA 6P testing procedure, we took the liberty of doing a simplified home version for the submersion part of the test. Click the link below to watch it. 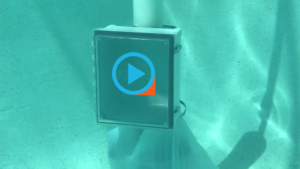 NEMA 6P enclosures from Fibox include the following:

If searching by size, select in (inches) or mm (millimeters). Products whose dimensions are within +/- 20% of the search query will be displayed

To see the full line of FIBOX enclosures and general accessories, click below

The necessity of the human-machine interface

From the pages of Control Design HMIs create a window of opportunity By Andy Watkins, contributing editor Aug 31, 2022 Human-machine interfaces (HMIs) play an integral role in the manufacturing world that allows us, as humans, to interact with machines for a number of specific purposes. Whether we are utilizing a handheld control unit on […] Continue Reading